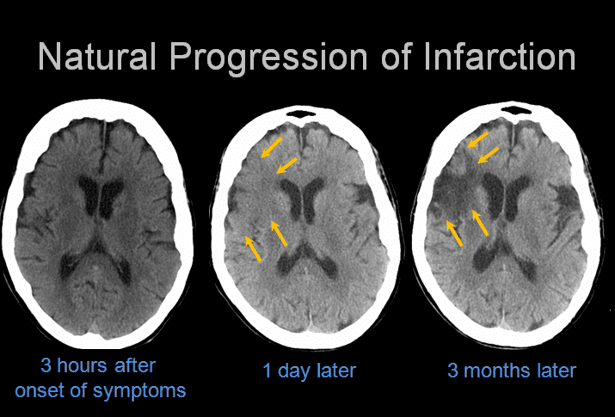 Dr. Saha is a Board-certified TeleNeurologist with TeleSpecialists and has expertise in the fields of stroke neurology, general neurology and acute care telemedicine.  He earned his medical degree at Albany Medical College and completed residency training in neurology at the University of Cincinnati Medical Center. In addition to Telemedicine, Dr. Saha serves as a Regional Medical Director within the TeleSpecialists Quality and Performance Improvement Division and provides neurohospitalist coverage at area hospitals.

Neurology is an essential yet diagnostically challenging field of medicine due to limited availability of sensitive diagnostic testing and scarcity of expert neurologists, especially at rural “spoke” hospitals across the country. The most prevalent and permanently disabling neurological condition is a stroke.  Strokes occur abruptly and result in permanent damage to millions of brain cells every minute once blood flow to part of the brain is interrupted as a result of a blood vessel blockage (Ischemic Stroke) or blood vessel bleeding (Hemorrhagic Stroke).  If an Ischemic Stroke is suspected, thrombolytics (blood clot busters) may be necessary.

As a neurologist working heavily in the stroke/TeleStroke field, we are must address that when stroke symptoms occur, they are not always as they seem. Stroke neurologists integrated as part of a greater emergency care team expedites recognition and decision making for all patients with sudden stroke-like symptoms. Taken together, these stroke-like symptoms may be characterized as one of three conditions: a typical stroke, a non-stroke condition mimicking stroke, or an atypical stroke mimicking a non-stroke condition. Our focus will be on the latter two presentations respectively known as Stroke Mimics and Chameleons.  Misdiagnosis of Mimics and Chameleons impact emergency treatment decisions daily. Surprisingly, many medical providers and patients alike are unaware of Mimics and Chameleons, and how they can impact the care of all stroke patients.

With  “typical” Ischemic Strokes, a patient experiences the sudden onset of symptoms such as facial drooping, arm weakness or drift, and speech issues (FAST). Further, patients can sometimes experience vision loss, numbness or tingling. These are all typical and easily identifiable stroke symptoms. Less “typical” symptoms include headaches, confusion, falls, vertigo and unsteadiness.

But what happens when stroke symptoms are present, but there’s no stroke? Conversely, and more dangerously, how do we identify a stroke with atypical symptoms?

When typical stroke symptoms present as a stroke, but there is no actual stroke, it is called a Stroke Mimic. A Mimic is a non-stroke condition presenting with stroke-like symptoms. Typically, Mimics lead to an over-diagnosis and occasional over-treatment of strokes, rather than identifying and treating the true cause of the symptoms.

Alternatively, there are Stroke Chameleons. These are actual stroke conditions presenting with atypical or under-recognized stroke symptoms masquerading as non-stroke medical conditions.  Misdiagnosing Chameleons lead to significant delays in identifying and treating patients with actual strokes.

One major differentiator to understand is that with Ischemic Strokes, symptoms are often negative or absent (i.e. the loss of strength, sensation, vision or speech). Meanwhile with Mimics and Chameleons, patients experience positive or new symptoms (visual hallucinations, abnormal movements, spreading pain) with or without the negative symptoms of stroke.

The Mimic:
Stroke Mimics can present in a variety of ways:

For example, recognizing symptoms such as stuttering speech, variable examination findings and astasia-abasia gait clue neurologists in to diagnoses of a Stroke Mimic such as conversion disorder since these are not caused by true strokes.

So, how do we identify these Mimics then?

The most sensitive and specific test is an MRI of the brain.  If a brain MRI is performed while a patient is experiencing stroke-like symptoms but does not show any injury or bleeding, it is extremely likely to be a Mimic, especially if a Mimic was already suspected. The limitation with diagnosing by negative imaging is that MRI can be falsely negative in cases of small or early Ischemic Strokes. Thus, advanced imaging alone cannot be used to identify a Stroke Mimic.

Clinical factors including demographics (younger age, women, minorities) have been observed more often in Mimics than true Ischemic Strokes. Ischemic Strokes can happen at ANY age but tend to be less prevalent under the age of 50, especially if there are no obvious risk factors. Finally, consider patients with a psychiatric disorder, pre-existing neurological illness, or even a new life event/stressor (moving, new job, death of a loved one).

Identifying Mimics is challenging since stroke treatment is extremely time sensitive.  The decision to administer thrombolytics (blood-clot busters) such as alteplase (tPA) needs to be made clinically, well before time-consuming diagnostic testing or additional histories can be obtained.  The take home point is that if an Ischemic Stroke cannot be ruled out (even if a Stroke Mimic is suspected), a patient must be treated as if he or she is experiencing an Ischemic Stroke.

Stroke Chameleons are true Ischemic Strokes with atypical, vague, or subtle stroke-like signs and symptoms. Symptoms such as malaise, loss of consciousness, unsteady gait, generalized weakness, altered mental status, psychosis and vomiting are all Chameleon symptoms which could easily be attributed to another medical condition.

What non-stroke medical conditions are atypical stroke symptoms most often attributed to?

As discussed earlier, the most efficient way to confirm a stroke is through imaging, though each type serves a different purpose with different limitations.

When in doubt, if an Ischemic Stroke cannot be expeditiously ruled out, even though a Stroke Mimic or potential Chameleon is suspected, it is recommended to administer alteplase (tPA) if there are no contraindications.

Why is it acceptable to administer alteplase in Stroke Mimics or Chameleons? Consider the following: Numerous studies in the past 2 decades demonstrate increased recognition of Stroke Mimics via clinical and radiological information.  The number of Mimics identified is rising with more TeleStroke consultation requests from emergency departments. In hindsight, anywhere from 15-30%+ patients admitted for stroke may be diagnosed with a Stroke Mimic or non-stroke diagnosis at discharge.

Recently, 2 studies have demonstrated increased recognition of Mimics by stroke providers, as well as the implications of treating Mimics with alteplase.  A retrospective study in 2018 to externally validate the TeleStroke Mimic Score identified common characteristics of Mimics, including younger age, fewer cardiovascular risk factors, lack of facial droop and NIHSS score <14.[i]

Analysis of Get With The Guidelines Stroke Registry data (72,582 patients across 485 US hospitals) showed that despite the rising consultations for Stroke Mimics, only 3.5% of patients who received alteplase were designated as Mimics at centers that use alteplase more often.[ii]

Even if a Stroke Mimic is suspected, stroke alerts should be activated as soon as possible. Early stroke consultations allow neurologists to determine whether an Ischemic Stroke could explain sudden stroke-like symptoms. Unless the patient has an easy to exclude Mimic (ie. hemorrhage on CT or hypoglycemia with low blood glucose), a neurologist will offer alteplase in an eligible patient as soon as possible.

Time is brain. Alteplase significantly reduces long term disability if administered as soon as possible. If alteplase is administered early, there is a net benefit of treatment within the first 4.5 hours, already taking into account the low but potential risk of harm (2-7% risk of brain bleeding).[iii]  Although alteplase does not directly benefit a treated Mimic, outcomes for Mimics are better than true Ischemic Strokes, and the risk of harm is significantly less (<1%).

It is important to note that within the first 90 minutes from stroke symptom onset, less than 4 patients need to be treated with alteplase for 1 true stroke patient to avoid life-altering disability.  Extended up to 4.5 hours, the number of patients needed to treat for net benefit is less than 8.[iv] Therefore, even if 3.5% of the 4 patients receiving alteplase is a Mimic, at least 1 true Ischemic Stroke patient will benefit  by avoiding major disability .

Delaying alteplase treatment in order to identify and exclude Mimics up front by waiting for additional imaging results (CTP, MRI) or overemphasizing the harms of alteplase is impractical and harmful for the 25% of stroke patients that could have benefitted by receiving treatment sooner. The repercussions of missed or untreated stroke (either excluding an Ischemic Stroke patient due to the suspicion of a Stroke Mimic, or misdiagnosing Chameleons as another non-stroke condition) are significant from both a patient care and medicolegal standpoint. For example, 20% of misdiagnosed strokes in the ED are Chameleons.

Regardless of whether stroke-like symptoms are due to an Ischemic Stroke, Stroke Mimic or Stroke Chameleon, the sooner a stroke alert is activated and alteplase is administered, the greater the net benefit to stroke patients compared to delayed treatment or no treatment at all.

How can you ensure that patients receive the best and most efficient care possible?

With the inclusion of telemedicine, more specifically TeleStroke services, into more hospitals and EDs expert neurologists can help recognize a suspected Mimic or Chameleon and treat appropriately. Unlike most medical conditions that require a definitive diagnosis before deciding on treatment, the moderate to high clinical suspicion of Ischemic Stroke alone is necessary to decide if alteplase should be offered.  Once alteplase is administered, additional investigations will either confirm an Ischemic Stroke, rule out a Mimic or confirm whether the patient was a Chameleon after all.

Have questions on how TeleSpecialists works with hospitals to create a strong TeleStroke program?